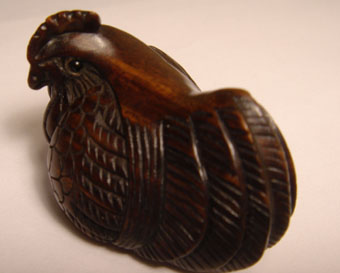 The Chinese do not place too much importance on the Rooster as they do on a number of the other zodiac animals.

It is nevertheless said that the Rooster can get into a human being in order to impose good or evil things on mankind.

The Rooster is also a symbol that is found in formal gardens; censored fights were held and enjoyed as early as 500 years ago.

As the 10th animal in the Eastern Zodiac, the Rooster indicates the hours between 5 pm and 7 pm. It is the counterpart of the Hare.

Best wishes for a great Year of the Rooster to all readers!

Both Uschi and Willi wish you a wonderful spring and summer season with lots of fun, happiness, good health and some great relaxation or a vacation with friends and/or family. For our 2017 Newsletter, it should be ready around mid-December 2017 right here.